You walk to the shop with a bad headache, but you’ve decided that you want to be your best self for Mrs McKenzie, the long-term owner of the general goods business opposite your house. You don’t want to trouble her with your complaints because she’s just recovering from the loss of her favourite pet gerbil named ‘Louie’, has a bad hip, and her grand-kids don’t come to visit her anymore because they all live abroad.

When you enter the store, Mrs McKenzie’s face lights up and she greets you with an enthusiastic hello, before asking you how you are. You say….

Whatever option you choose, you have a reason for doing so. And Mrs McKenzie has her reasons for the way she greets you too. She might be influenced by the way you interacted with her the last time you bought milk, or she might not. Maybe it’s just that her hip is feeling better and she had a phone call from her favourite niece named Molly.

So who are you really in this situation?

Are you who you think you are?

Or are you who Mrs McKenzie thinks you are?

The easy answer here is that you’re a combination of of both of these things at any given moment. You are both what you project out, and how others perceive you. You are a changeable beast that likely morphs into different shapes depending on the situation at that point in time. Why? Because you are a human and you have learned to adapt to your environment and social networks. So each morning you wake up, head out in society and present your Persona to everyone around you, and to Mrs McKenzie. Bless her cotton socks.

In Jungian psychology a Persona is defined as:

A Persona is essentially an image that a person portrays to everyone around them. It is both a complete fabrication and yet the only thing everyone else ever gets to experience about you. Pretty wild huh?

In User Experience Design and in Design Thinking. and within Learning Experience Design,  Personas are archetypical users whose goals and characteristics represent the needs of a larger group of users‘.  To determine a Persona the researcher gets down and dirty with their prospective users to find out what they are about. They ask them lots of questions, and use the gathered information to create a Persona. The Persona represents a sub-set of users of the overall user pool. They then design experiences or products that appeal and meet the needs of that group.

A Persona from the web:

It is not difficult to see why Personas would be of benefit to those designing software or a new product. They contain verifiable facts about a user like their age, their current needs and wants, their annoyances, their dreams, and their social situations. They remind me of a character stat sheet from D&D.

However, utilisation of Personas in Learning Design could be problematic or at least a little tricky to implement. Why? Because the learners being used as the foundation of the Persona will, for the most part, be playing the part of a character in a play. And like some actors, they might not understand the role they are playing or remember their lines.  Further, the people creating the Persona might be in the same boat. They might not have the right script, and they most assuredly have unconscious biases that impact the way they craft their questions impacting the archetype’s answers. The end result is a grouping that isn’t really reflective of a ‘typical’ learner.

Using this Persona as a archetype for a range of other learners compounds the potential for a nonsensical script, poorly acted scenes culminating in an undesirable plot twist at the end.

Secondly, Personas are a two-dimensional representation of a group of users or learners. The complexities of real learners and learning involve shifting motivations and desires making two-dimensional representations lacking for nuance. One of the principles of learning design is placing the learner at the centre of the design process. At its core, this is student centered design and it means acknowledging that the needs, wants and motivations of each learner is unique regardless of whether they share some similar superfluous traits. It is all individual, all of the time. In face-to-face teaching environments this reality is acknowledged. The most skillful teachers read their students. They make assessments to where students need more assistance or a more challenging activity to keep them engaged. In online learning the relationship between teacher and student requires craftier engagement methods. This is due to the synchronous nature of the medium.

Where I see a real benefit of their use is in in designing branching scenarios, where a Persona is used as one of the foundational pieces of creating a pathway to a particular goal. Persona’s can help to identify the end points and the user journey a learner takes by specifying their needs, wants and characteristics.

This is especially true when planning or revising a Massive Open Online Courses (MOOCs). The large cohort size means development teams can create pathways for sub-sets of users. This eliminates the need to understand and teach to individual complexities to the same extent. 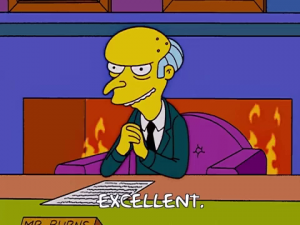 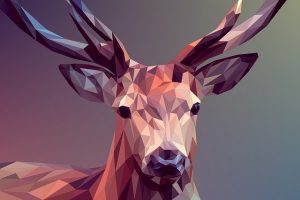 Is Quality a Wicked Problem in Australian Higher Education?